I bit my lip and used the tip of my finger to smudge CC’s eyeliner a little. I stepped back to survey my work and then grinned. “Perfect, CC. You’re all done.”

He smirked at me. “You’re the perfect one, babe,” he said getting up and checking himself out in the mirror.

I rolled my eyes. I was used to his affliction to hit on anything with breasts by now. I knew that he didn’t really mean anything by it. Jake and I hadn’t come out and said we were together, but I’m pretty sure anyone with half a brain had figured it out by now.

“Go find someone else to flirt with pretty boy.”

He hurmphed and then left freeing up the chair for the next boy. Lucky me it was Andy’s turn already. Yay.

His boots stomped across the floor with an ominous thud. Oh brother, this should be good, I thought to myself as he plopped down into the chair.

“Had a good Meet and Greet,” he said pleasantly.

I assumed his thoughts were being monopolized by a particularly attractive fan because he hasn’t been this pleasant in a long time. Who knows maybe he would leave Jake and me alone.

“That’s good. What’s her name?” I asked out of polite curiosity. I was more interested for my own wellbeing.

He looked at me thoughtfully before replying. “Holly.”

I arched my brow at him, putting my hand holding a stick of eyeliner on my hip. “What are the odds? Holly is a pretty uncommon name,” I speculated hoping that he wasn’t going to tell me that it was me.

“I agree. I only know one. She’s this really pretty short girl with black hair. And stunning green eyes. I also hear she’s sleeping with one of my best friends,” he said rather mischievously.

I most certainly was not the type of girl to blush, but Andy Sixx had managed to say just the right things to get me to start. I tried to cover it by scratching my cheek nonchalantly. “Oh, really now? What has gotten into you?” I asked pushing my hair back.

“You. I talked about you to a friend and they gave me some advice. I know you and Jake are together and that I am a total d*** for doing this, but I am not going down without a fight. I liked you from the minute you walked onto the bus and you’ve been making me act like a total dumba** since then.”

I stood there a moment a little dumbfounded. Saying that I was unsure of what to say was a monumental understatement for sure. Andy had never been so sincere when talking to me. He was usually cocky, self-absorbed, arrogant, a hole so it definitely got me thinking. But I hadn’t known him long enough to determine whether it was a rouse or honest actuality. I blinked at him a few times before continuing to apply his stage makeup like he had never said a word.

He just sat back in his chair looking at me. He seemed pleased as punch with himself and I didn’t know if that was a bad thing or a good thing. I just sort of kept silent until I finished making him up.

It was a lot easier today than it ever had been because he for once actually sat there and didn’t get up and some nineteen cigarettes and talk to eighteen people. He just sat there looking at me. Waiting for me ever so brilliant response. I stalled a little longer by packing up my makeup supplies into my massive black carrying case. It was more like a small suitcase.

Eventually Andy leaned back, cocked his brow, and asked, “Well, are you going to say something? You’ve stalled for a good thirty minutes.”

I took a calming breath and picked up the makeup case. “I don’t know what to say Andy. I mean I’m not going to argue with you, you have been ridiculous since the first time I met you. But I’m not sure what you want me to do. Break up with Jake on the leap of faith you actually mean it? Take the risk of getting my heart broken by you if by some chance I ended up falling for you? I think you’re being a little unrealistic Andy. I’m with Jake now. I don’t plan on breaking up with him any time soon. I’m sorry. You had your chance to woo me, but now it’s too late.”

And with that stellar speech I turned around and walked away. My heels clicking against the cracked tile floor as I went. I would have gone back to the bus if I hadn’t promised Jake I would stay and watch the show tonight. So instead I put my case with the band’s stuff and I made my way into the crowd, hoping to clear my head.

I love the turn this about to turn. Please comment and tell me if you like it so far.

This is Holly by the way. 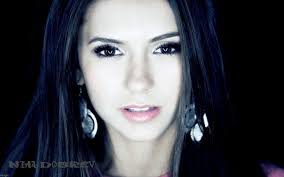 @IxCantxStandxIt
Gah I did it again. I'll try and post a chapter today.

IxCantxStandxIt
4/8/13
@JINXXismyHero_Love_Him_Forever
Ahw glad you like it! Things will acutally start happening soon though!

JINXXismyHero_Love_Him_Forever
3/31/13
@I'm Just Jinxxed
I'm so glad you like it. I'll update now. (Sorry I forget about this site so easily)